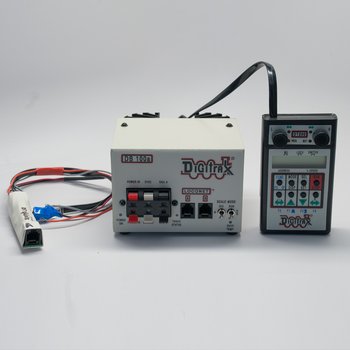 The DT200 is a combination DCC Command Station and Throttle.

or as an advanced throttle on LocoNet when another device is

acting as the command station.