These products are retired, and are no longer available.
Click here to view current products in the Throttles category 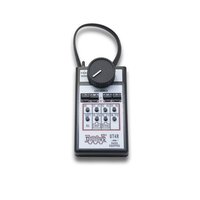 The UT4R is designed for simple radio control of trains and their functions. Operators worldwide told us what they wanted in an affordable, easy to use "operator's" throttle and we made their dreams come true. The UT4R is perfect if you're looking for a "traditional" style throttle. They are ideal for operating sessions and are great for novice users as well. 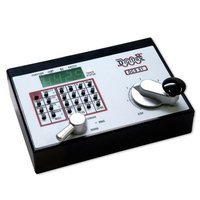 DCS51 gives you simple to use Digitrax Complete Train Control for a great price. It offers simplified advanced train operation for any size layout. DCS51 keeps it simple and still has features real model railroaders want. Best of all, the DCS51 is expandable! You won’t have to start over when you want to do more with your railroad. 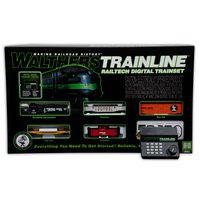 The WTL12 is a Command Station, Booster, Throttle and Sound System that is designed by Digitrax and sold as part of the WalthersTrainline RailTech train set. It offers simplified train operation as part of a train set however the WTL12 is fully expandable with the complete line of Digitrax DCC products. It could also make a great addition to your existing Digitrax DCC system. 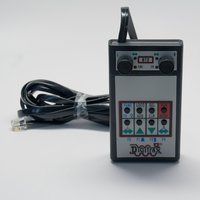 The BT2 was a simplified throttle with limited capability designed to get people up and running quickly. BT2 "Buddy Throttle" was discontinued in 1999. As of 11/28/2005 it is no longer repairable due to unavailability of repair parts. 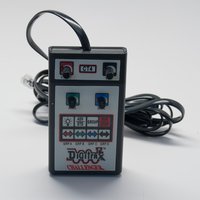 Digitrax first throttle as part of the Challenger Set. Discontinued in 1998 this product is no longer able to be repaired. CT4 throttles can ONLY be used with a Challenger Set. They were not replaced with another similar product when they were discontinued. 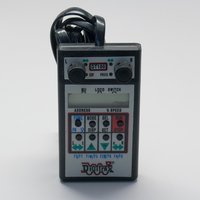 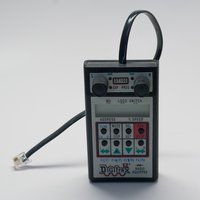 First Digitrax Radio Equipped Advanced Throttle, Introduced in 1998 and Discontinued in 2000. Because of lack of parts this product is no longer repairable. 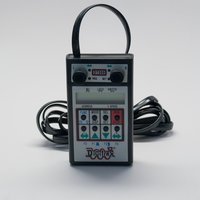 DT200 is a throttle and command station that was shipped with Big Boy Starter Sets. DT200 was discontinued in 1998. As of 11/28/2005 is is unrepairable due to unavailability of repair parts. 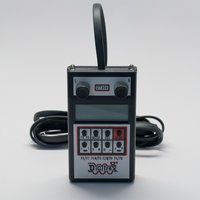 A compact full featured walkaround handheld. DT300 comes Infraready and you just need to add a UR90 infrared receiver or a UR91 Universal IR/Radio receiver for low cost tetherless operation. Discontinued in 2005. 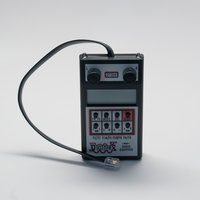 A compact full featured walkaround handheld. DT300R comes equipped ready to run simplex radio when paired with a UR91. Simply plug into select a loco then you're ready to go wireless. Discontinued in 2005.