These products are retired, and are no longer available.
Click here to view current products in the Detection & Signaling category 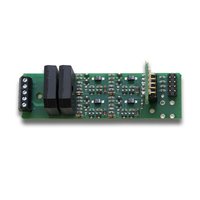 When used in conjunction with the DS64 or SE8C the BD4 provides LocoNet detection for 4 occupancy detection sections. BD4 lets you know which detection sections of your layout are occupied by locos and rolling stock. Not recommended for layouts using "supersonic" decoders unless the "supersonic" feature is turned off in all decoders. 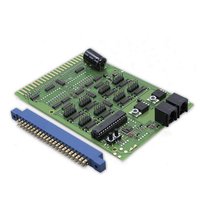 SE8C Plug 'N Play Signal Decoder make it easy to add prototypical signaling to your layout. The SE8C can drive as many as 32 signal heads with many popular LED signal types. It can also be used to control up to 8 slow motion turnout machines as either turnout control or control for semaphore type signals. Easy modular Plug 'N Play and additional accessories make it simple to add signaling to your layout. 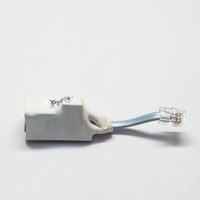 The BD1 is a high sensitivity track detector designed for DCC operations and for use with Digitrax DS54 Quad Switch Decoder and LocoNet. Retired in 2007 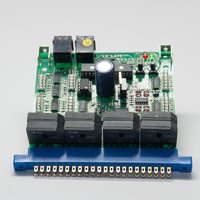 Cost Effective LocoNet Occupancy Detections, LocoNet Occupancy Detector For 16 Detection Sections BDL16 was released in 2000 and was replaced by BDL162 in 2002. An update kit was available from BDL16 to BDL162. BDL162 was replaced by BDL168 in 2004. No update kit was offered because the circuit board was completely re-engineered.