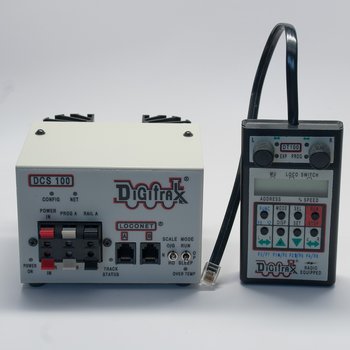 The Chief Radio Equipped starter set contained a DCS100 command station, a DT100R throttle, and a UR91 Radio reciever.  These sets were also shipped with a premium decoder of the appropriate scale.