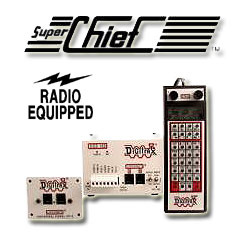 The Super Chief starter set contained a DCS100 command station, a DT400R throttle, a UR91 Radio Receiver, and a LT1 LocoNet tester.