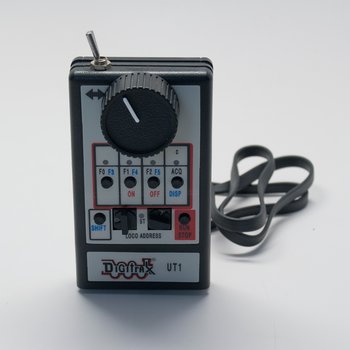 These simple, cost effective throttles feature one large knob for speed control and a direction switch for direction control.

As of 03/28/2011 is is no longer repairable due to unavailability of repair parts.