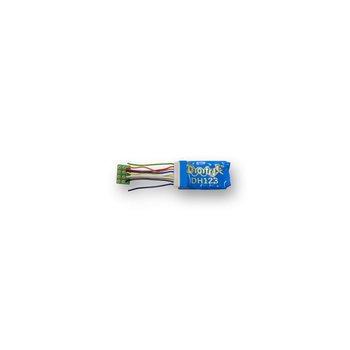 Note:  DH123 Series decoders do not have Scaleable Speed Stabilization (Back EMF)

Compatible with Digitrax PX series Power Xtenders to keep locos and sound running in the presence of dirty/poor track work.
FX3 outputs optimized for both LED and bulb applications.
FX3 outputs have configurable pulse available on all outputs.