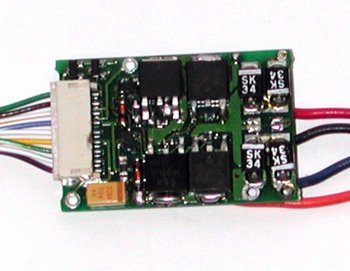 Note: DH82 & DN92 decoders, some of the very first decoders produced by Digitrax used a different wiring color code.  Please check decoder spec sheets for the wire colors that were used with these decoders.