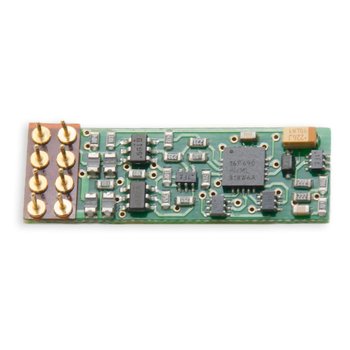 The plug is part of the decoder

Most Board Replacement decoders have LEDs for forward and revese lights wired to F0 Forward and F0 Reverse. They have solder pads for additional functions that must be wired by the end user.

Economy Series 6 Decoders do not have Scaleable Speed Stabilization (Back EMF) and usually have only 2 available function leads.

*Some very small/specialized Series 6 decoders do not have connections for PX modules due to space constraints.